Episode 180: Do You Lead By Serving? With Ken Blanchard 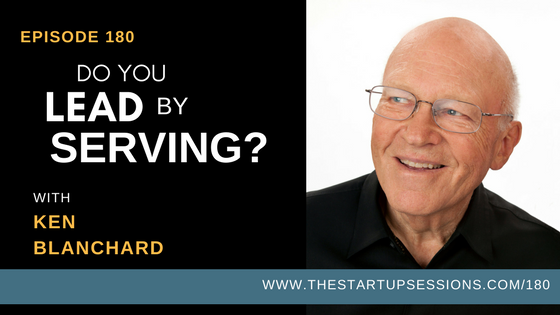 “[With servant leadership] You philosophically turn the pyramid upside down and you work for your people. Your job is to help them win.”

Ken Blanchard is the authority on leadership and management in the workplace, and we’re diving into what servant leadership looks like, from both a managerial and entrepreneurial perspective. Ken breaks down what leadership is and isn’t, how a servant leader differs from a manager, the ways a work culture changes when leaders are focused on being servants, and the ways that Ken has implemented servant leadership in his own business.

Wondering how to create a culture for your business that breeds positivity and great results? Listen in to find out how!

Highlights of This Episode:

What’s a must-read for impact entrepreneurs?

Who’s the most interesting person you’ve ever met?

What are you better at than anyone else?

What idea or belief do very few people agree with you about?

Do you have any ‘asks’ or requests of the audience?

Mentioned in This Episode:

With a passion to turn every leader into a servant leader, Ken Blanchard shares his inspiring insights with audiences around the world through speeches, consulting services, and bestselling books. Universally characterized by his friends, colleagues, and clients as one of the most influential and compassionate leadership experts in the world, Ken is respected for his lifetime of groundbreaking research and thought leadership. In fact, few people have influenced the day-to-day management of people and companies more than Ken Blanchard.

He is the cofounder and Chief Spiritual Officer of The Ken Blanchard Companies, an international management training and consulting firm that he and his wife, Margie Blanchard, established in 1979 in San Diego, California.

Ken has authored or coauthored 60 books whose combined sales total more than 21 million copies. His groundbreaking works—including Raving Fans, The Secret, and Leading at a Higher Level, to name just a few—have been translated into 42 languages. In 2005 Ken was inducted into Amazon’s Hall of Fame as one of the top 25 bestselling authors of all time.

10 years of marriage in the books. So many adventu