Narrow Down and Find Focus 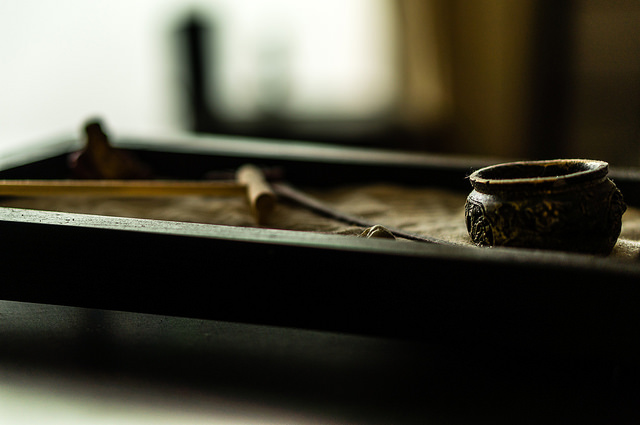 One of the hardest things I’ve had to learn as a new solopreneur is to narrow down my options and find focus.

Starting out, I was all over the place. And this served me at the time because I was exposing myself to many new ideas and ways of doing things. But there comes a time when you must narrow down and find focus.

Several months into launching my business, I was eagerly telling a very successful entrepreneur about my 45,617 ideas and she gave me some sage advice. Here’s what she said to me:

“It sounds like you’re a little all over the place, and not focused on any one thing that will produce results for you. I’d pick a single thing that satisfies your short-term objectives and make a plan to spend an intense 3-6 months on it, and then execute on it a minimum of 6 hours per day (ideally the first hours of the day). Since you need money, it should pay you in the short-term. You’ve got several different skillsets that could get you paid, but you need to commit to one of them for 3-6 months to build a good reputation, get money coming in the door, and gain lessons from that area. Then pick another project after that, once you’ve got some regular income flowing.”

This was the best advice I could have ever received! It was exactly what I needed to hear and it was right then that I started to focus my efforts on teaching others what I knew. I had created a roadmap for helping others edge out of the corporate world so I began helping others by teaching them what I had already done.

The bottom line is that I stopped trying to do so many different things at once and I started delivering value via one-on-one coaching/consulting with clients. This was the easiest and clearest path to creating income and gaining valuable experience.

PS: It’s really hard and it sucks to limit the possibilities. It’s way more fun to chase the newest ideas and hot topics than it is to focus on one specific thing.

Oprah Winfrey had this to say on the topic –

“You can have it all. Just not all at once.”

The first, most important, and typically most difficult step to finding focus is setting clear priorities, because it forces you to decide what you really want and therefore what you can possibly live without.

This is the step where you face the fundamental limit: life is like a giant buffet of more tempting alternatives than you can ever hope to taste. So you have to reject having some things you want in order to get other things you want more.

Some people fail at this point, afraid to reject a good alternative for fear that the loss will deprive them of some essential ingredient to their future happiness. As a result, they pursue too many things at the same time, achieving few or none of them.

This was how I operated early on. I was afraid to eliminate ideas and focus on a clear path for fear that I would surely miss out on some revolutionary new idea. I was trying to dabble in too many areas so I wasn’t having measurable success with anything.

I would sleep 8 hours, work at least 6 hours on my single biggest business priority (offering, selling and delivering coaching and consulting in my case), spend another 4 hours for general life maintenance and staying sane and healthy, and I still had another 6 hours per day to explore and dabble and do whatever I wanted.

Instead of feeling limited by this focus, my life suddenly felt more purpose-driven and empowered than ever. And the best part is that I still had time to take on meaningful projects like creating my podcast show every week.

In the chaos of the modern world, there is a beauty in simple focus and doing.

We’re constantly bombarded by whatever emails, conversations, news, events, demands, that are going on around us. Our minds become a constant deluge of thoughts dwelling in the past, worries of the future, distractions pulling us in every direction.

But all of that melts away when we find focus.

Part of the beauty of any project is knowing that no opportunity will be excellent without the occasional slog and push-through, and that’s where being able to narrow down and find focus comes in.

This is true whether you’re training for a marathon, closing a big deal, or trying to get your new business off the ground.

At the start, some days you’ll fail and won’t get any work done, and you’ll need to come back to it first thing the next day. Once things are tremendously improved, you can put them on autopilot and just keep going.

There will come a point when you’ll realize that it’s very nice to have a single stake in the ground and that you’re going to persist until you find success or at least until you’ve given it a very honest try in a reasonable timeframe.

Spreading yourself too thin and staying open to infinite possibilities will not gain you tangible rewards.

And just so you know, I’ve been more of a hypocrite than not on this topic, though I realized how it holds me back and I do my best to narrow down and consolidate more and achieve things one at a time. This has, unsurprisingly, led to more results.

As you make progress, the angst of “am I doing the right thing…?” will leave. There will be a settled calm about you and what you’re here to do. Things will come into your life, get completed, and then are pleasantly in the rearview mirror. It’s a nice feeling. Narrow down and find focus.

P.S. What’s one thing you really want to have happen in your life/business in the next 3-6 months?