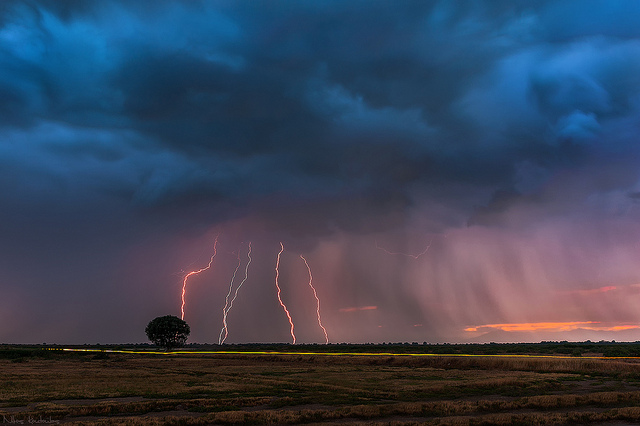 “Believe in yourself! Have faith in your abilities! Without a humble but reasonable confidence in your own powers you cannot be successful or happy.”

It’s been awhile since I’ve shared my journey. Much has changed and evolved since the last time I shared this story so I thought it was time for an update.

But first, I’ve got a question for you: Do you believe in yourself?

Life is a crazy journey of unlikely twists and turns and one of the most important things I’ve learned is that I need to believe in myself before others will.

Maybe it’s my natural tendency to be curious, but I like to understand where people come from and what makes them who they are. Everyone has a story and our story is what helps us connect to each other. Here’s mine.

My story starts in rural Eastern Oregon. That’s where I grew up. Back then, my idea of fun was seeing how many ‘city kids’ I could convince (dare) to touch the electric fence. It always brought me a twisted sense of pleasure to see the look on someone’s face after receiving an unexpected jolt of electricity. Don’t worry. Karma got me back plenty of times. This is just the crazy shit young boys do.

My parents both worked full time and we lived on a horse ranch. Which sounds fun to most people until I describe the sheer volume of horse crap that I moved (manually) from one place to another.

I had a pretty standard small town upbringing, complete with two grandpa’s fighting over who would take me fishing and getting reprimanded for making weird bodily noises in church.

By the time I was 18, I had spent my entire life in one single small town and I couldn’t wait to charge off to college and begin my own life. This was before parents thought it was normal to pay for their kids’ college tuition so I worked my way through college in pursuit of a degree and a better life. I was done with small towns and shoveling horse manure!

I graduated from college and made my way to the big city and started working my way up the corporate ladder in the fast paced world of technology and software. I worked hard, got married, bought a house in the burbs, leased brand new cars, passed up vacations in order to work even harder, and thought that I was on a fast path to “success.” I had all the trappings of a good life and I was working hard but looking forward to the day that I would retire and be happy.

I was living the life I thought I wanted. I mean, everyone was telling me what a great career I had and what a great job I was doing so I must be doing it all right!

I was only following everyone else around me. I was allowing my friends, my co-workers and society brainwash me. I was so busy being busy that I couldn’t see another way.

Back in the early 2000‘s, technology was the place to be and I was right smack in the middle of it working for a software startup in the Bay area. Everything was rolling along nicely and then – BAM – the stock market crashed and within months, technology startups began going under or letting many of their employees go. The inconceivable was happening. Just months before, everything was roses and it seemed impossible to fail. And then I got laid off. And I did what seemed like a brilliant thing at the time. I started investing all of my hard earned savings into real estate. And then in 2008 the real estate market crashed. And I lost everything I had worked so hard for.

I found myself newly divorced, out of work, completely broke and looking for answers. And if things weren’t bad enough, my dog suddenly died and I lost my investment properties to foreclosure because I couldn’t sell them or pay for them. To say that all hell broke loose would be a massive understatement. If it had not been for what I now call my ‘Perfect Storm’, I might still be comfortably numb, spiritually bankrupt and feeling financially indestructible.

My ‘Perfect Storm’ shook me out of my complacency and plunged me into uncertainty, where everything I held as important and true, fell apart. Old beliefs began to to dissolve but nothing rushed in to take their place. I felt like I was sinking, ungrounded, desperate and hopelessly lost.

I had followed a path that I thought was normal but all the while I was silently suffering. I remembered when I was a kid in school, how much I loved to draw, and paint, and create, and move, and play. What had happened? How did I get so off course? I still loved these things but I gave them up for what? For money? For security? For doing what others expected of me?

I eventually found my way back into another technology job, leveraging my contacts and experience to do the only thing I knew how to do. I drastically simplified my life, selling almost everything that I didn’t absolutely need or love. I started saving large chunks of my salary and I had zero debt for the first time in a long while. I started going to yoga and living a more healthy life. I felt as if I had wiped the slate clean and I was being re-born.

And then I began to dream again

I started getting glimpses of a new calling, but these glimpses would only come in flashes that were often undefined and fuzzy. But I knew something was coming. I felt an urge to be more creative but in a way that allowed me to really engage with people doing something I cared about while getting paid handsomely to do it. I purposely mention income here because so many creative people discount it. If you’re a creative that’s not making a great income, then you’re not serving the needs of your most important client – YOU!

Pondering how I could keep my technology career while ditching the elements that sucked away my soul, eventually led me to realize that I wanted to help people live unapologetically, in alignment with the truth of who they really are. I was realizing that I wanted to be a coach.

I never could have anticipated what happened next in my life. The more aligned I became with my inner desires, the more life seemed to return to me! I was getting raises and bonuses at work, I met and married the most amazing woman in the world, I started a little blog which led to a few coaching clients which led to getting paid for work that I love.

Who’da ever thought that I could have all this? Well that’s exactly the point! I started to believe that I deserved to have good things happen to me. My ‘Perfect Storm’ allowed me to see that unless I was brave enough to trust and believe in myself, life would be a series of endless storms, slamming me against the rocks.

This process didn’t happen overnight, but I decided to start trusting my inner desires and slowly pursue the people, activities and places that interested me the most. And by doing so, I began to listen to my own inner wisdom instead of what everyone else was saying.

In hindsight, I realize that I couldn’t have scripted the story better than this. And everything continues to emerge, like an onion, as I peel back the layers and become increasingly clear on what I’m put here on earth to do.

The Universe, having the sense of humor that it does, had one more big surprise in store for me. I was notified in June of 2013 that my position at the technology company I was working for would be eliminated and I was going to be losing my six-figure corporate job soon. Now the good news is that I had already started building something on the side to bring in a little extra income but this did little to dampen the shock of my day job disappearing.

So now I’m on my own full time. I’m coaching people, I’ve started a podcast, I’m in the early stages of co-developing a new course with one of my mentors and I’m giving everything I’ve got to this new adventure.

While this process hasn’t been easy, it has been the most rewarding magical, enlightening journey I’ve ever experienced. In retrospect, I can honestly say that my ‘Perfect Storm’, as gut-wrenching as it was at the time, was the best thing that ever happened to me. And if you’re ever in the midst of your own Perfect Storm, embrace the change (even though it feels like hell) and use it as an opportunity to discover your true purpose for being alive.

P.S. How have your ‘Perfect Storms’ shaped your life? Please share if you feel compelled to do so. You never know how your story may liberate someone else.