I Want To (Secretly) Quit My Job. Have I Gone Mad? 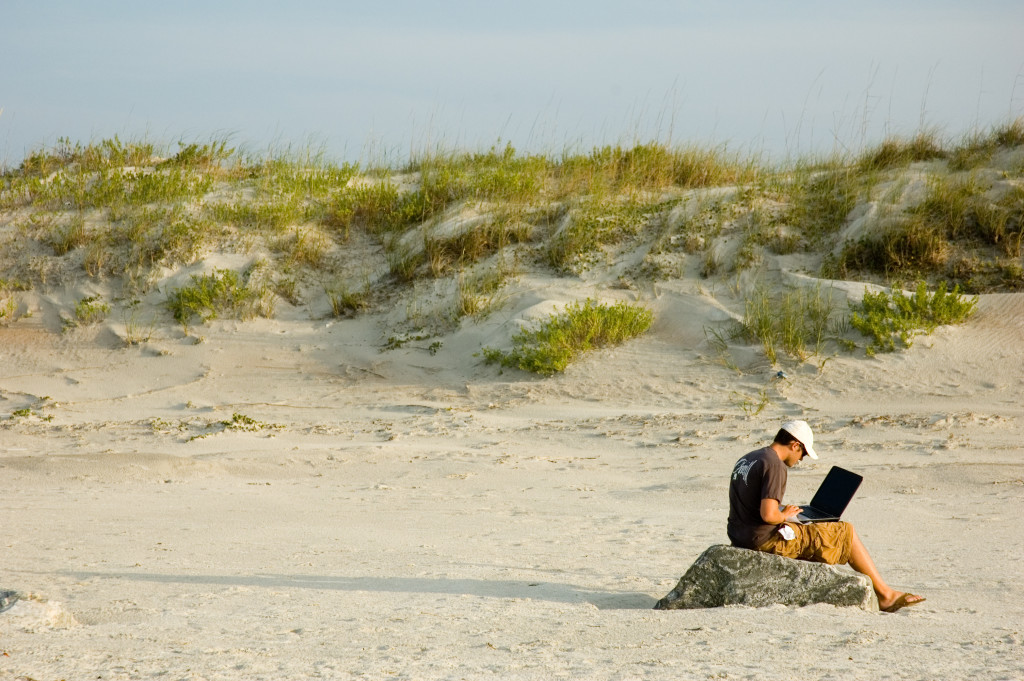 I know what you’re thinking.

You’re thinking, “If I leave this good job to do something that’s more ME, then I could fail. And If I fail, then what?”

Well, we’re not going to allow that to happen.

Change is scary as hell, especially when it means trading a life you know for something that’s uncertain.

But you know what?

I spent way too many years believing the myth that if I just had the right job, more money, a better boss, then everything would be peachy.

The only problem was, I didn’t know what to do instead.

Then one day in 2011 I decided to take a small risk. I bought a ticket to conference in Portland, Oregon called World Domination Summit. Attending this weekend conference confirmed to me that keeping my current job long term was not the true path for me.

I realized the very next Monday that I was meant to work for myself, doing the creative work that I wanted to do in a way that I designed.

I realized that a “good” corporate job was no longer a part of the plan. And that it was slowly killing my soul.

I wanted to create my own work freedom instead.

No more dreaded Monday morning sales meetings. No more getting on an airplane every week to go see clients. No more waking up in strange hotels instead of in my own bed.

I wanted to transform my experience of work from one of drudgery, rigidity and following the rules, to one of freedom, creative expression and a sense of total control over my destiny.

In short, I wanted to stop building someone else’s vision, and start creating my own. I knew that it was time for me to plan my escape. To become master of my direction in life.

It was then that I began secretly planning my exit from corporate life.

I made some fundamental shifts in my life that allowed me to step away from the corporate world for good in 2013.

Making these shifts allowed me to…

The process of starting something on the side and then leaving a job or a career can be daunting and filled with overwhelm and uncertainty. The kind that wakes you up at night in a cold sweat.

And the best way to reduce that overwhelm and uncertainty is to have a solid plan for navigating your career transition and replacing your day job income.

That’s why I’ve created something for making a safe job transition, to start testing smart business experiments, and begin making income before you even think about leaving your day job.

In other words, lets figure out how to take the smartest, lowest risk approach to doing work that matters rather than quitting your job and launching a business on a wing and a prayer.

Question: What’s the biggest roadblock for you to claiming work freedom? Overwhelm? Time? Money? Let me know in the comments below.